Roger Asay and Rebecca Davis have been working as collaborative artists since 1983 on a body of work they call WOOD AND STONE; SUBSTANCE AND SPIRIT.  These art pieces are made from stone, river sediments, branches, or sticks.  From its early beginnings these sculptures took on a minimal art format that arose from the desire to let the material used be the subject and focus of the sculpture.

As artists living in the vibrant landscapes of the western and southwestern US they were intimately drawn to the significance and richness of the natural world around them. Independently, both artists had already begun working with natural materials to create sculpture in the early 1970’s (moving away from hard edged stripe painting in Asay’s case.)  In their time, these works were shockingly different from the world of art around them; very raw, very direct, reaching for a basic human connectedness to earth.  Davis’ work consisted of large scale lashed stick forms that incorporated torn rags, and later, constructed pine towers. Asay’s early natural material sculpture included work made from animal bones, rope, rawhide, or sticks and poles.  Shown widely in museums, art centers and galleries for their sculptural quality and innovation, most of these early works were constructed as individual objects. Though, through the 70’s Asay had also created installation art, (i.e. a temporary sculptural environment installed for exhibitions or as part of an exhibition) using unraveled rope; sand and bones; or inflated rawhide.  An unraveled rope installation entitled “Rappunzel United” would become a seed for Asay and Davis’ later development because the sculpture’s simple cubed form dramatically brought out the organic richness of the hanging rope fibers.  ‘Installation art’ was part of the vocabulary and interest of both artists. 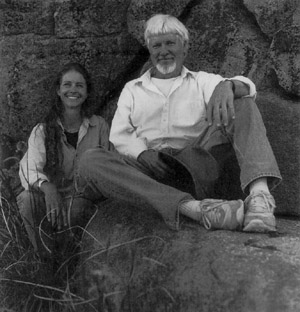 But, it was in 1981 when Roger was working on a public art commission using aspen and willow (Forest of the Eternal Child) for a site in Denver, Colorado that Asay and Davis began discussions about a new approach to their art.  Asay had been peeling and sanding aspen poles and leaning them into a corner of his studio as they were completed.  Independently, both Asay and Davis were struck by the power and simplicity of these undulating poles that seemed to empower the space and draw one into their form and beauty. Though both artists had considered their styles of sculpture to be largely about the material used to create the sculpture these simple poles took the concept a step further.

Discussions followed and by 1983 they joined forces to create a body of work that would more purely let the materials of nature be the focus and voice of the work.  The artists would collect a material from the environment and begin to work out an arrangement that would draw the viewer into the essential qualities of the wood or stone.  As they worked, inevitably, it was the simplest of presentations (circles, lines, squares, spirals) that allowed the boldest experience of the material.  They never began with a minimal form in mind but often ended there as a process of refinement and effort toward clarity, step by step, drew them there.

There are several reoccurring themes found in this collaborative body of work. Along with a clean minimal presentation they have often used gradation of size as a way to visually simplify and draw out the qualities of the wood or stone.  They also found that by leaving the material unglued, unattached it retained an inherent freshness and energy.  In other cases a repositioning of something commonly recognizable brought the object into sharper view, as in inverting trees or branches. 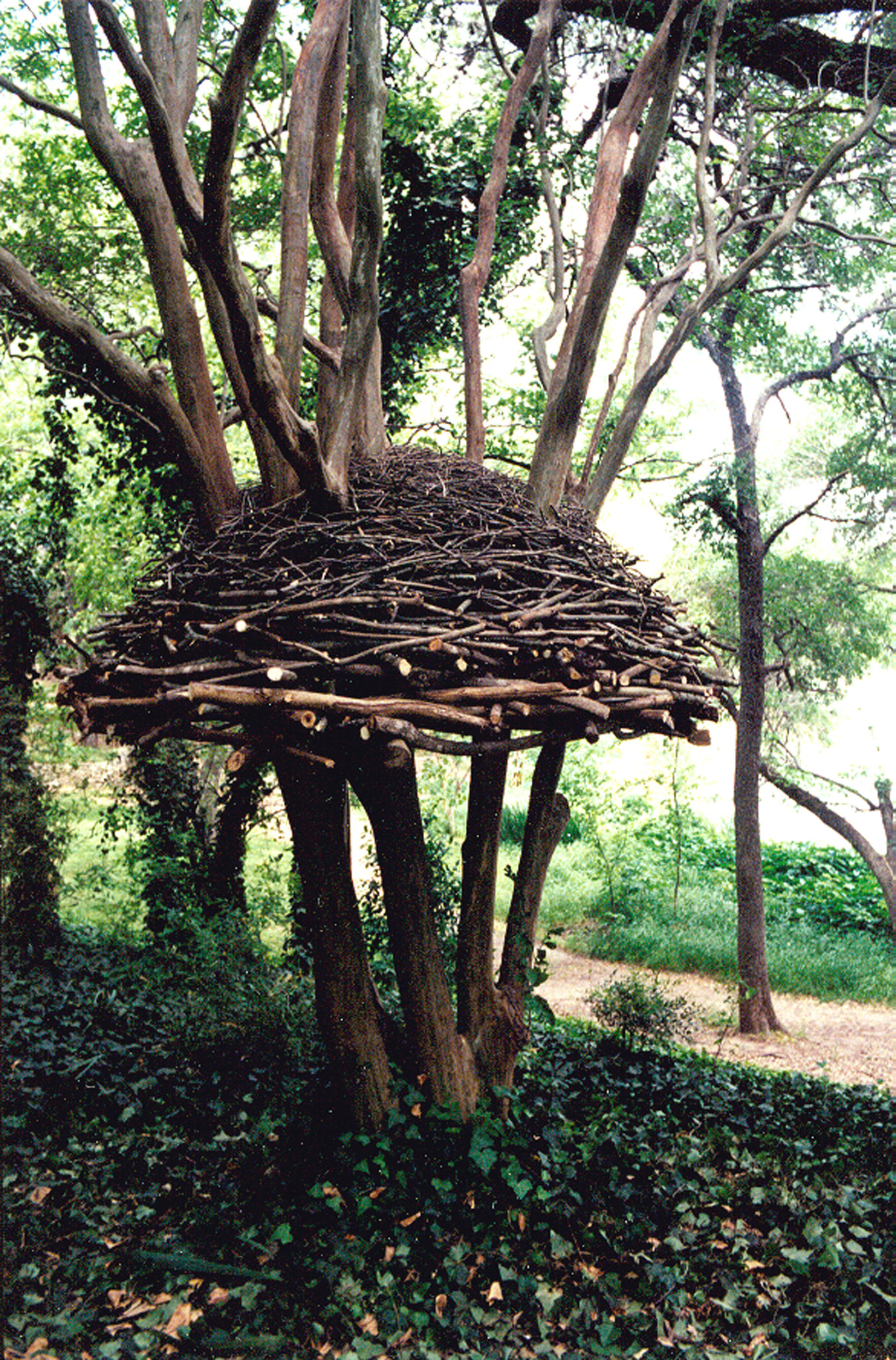 All together this work has sought to reawaken an interaction with the materials of nature.  These were the ever present bits of nature that all humans know so well brought back into view through a new direct, in the moment, visual experience.

All of the early years of the Asay/Davis collaboration the created works were installations of loose material.  On-site installations in nature (Land Art pieces) were often created in conjunction with work designed to be exhibited in Museums and Art Centers.  These outdoor sculptures were created as temporary, carefully arranged installations of a material in its natural setting. Some of the material was then taken to be used for in-door installation sculptures in a museum exhibition.  Over the years some out-door land art was created to exist on its own without an accompanying museum piece.

Museum exhibitions have been the core of Asay and Davis’ focus for their environmental art.  These exhibitions have brought together in the same space a variety of individual works using wood, stone, sediments, trees, leaves and more; usually focused on regionally based natural materials found in the nearby mountains, and rivers of the museum venue.  Individual pieces within an Asay/Davis exhibition create a significant visual experience.  The artists also carefully think about the placement of individual pieces within the exhibition space in order to create an overall dynamic breathing ‘wholeness’ to the visual experience.

Midway through this collaborative endeavor Asay and Davis re-introduced the ‘object’.  These stick or pole constructions remain a seamless part of the effort to present a material for what it is.  In this case, sticks or poles are pegged together to create spheres, towers, or boxes.  Each sculpture is constructed of a particular type of wood, for example, cottonwood, or manzanita, or oak.  Once again, the simple exterior form draws out the inherent qualities of the wood’s bark, grain, color, or growth shape. They also create a paradox where in the inside of the wood is seen on the outside of the sculpture and the outside of the wood is seen on the inside of the sculpture.

Public Art also became a means of bringing the mix of art and nature into view.  Though a shift from temporary installation to permanent installation the artist concepts remained the same; presenting the raw stuff of nature in a fresh and direct manner.

After more than 30 years developing art work within this collaboration, Asay and Davis continue to explore new environments and work with new materials.  Their work is represented in a fluid single body of work that ranges from museum installations to Land Art to constructed wood objects. Their work creates a bridge into seeing what exists in the world around us.

SCHEDULE AN EXHIBITION OR PURCHASE OUR WORK